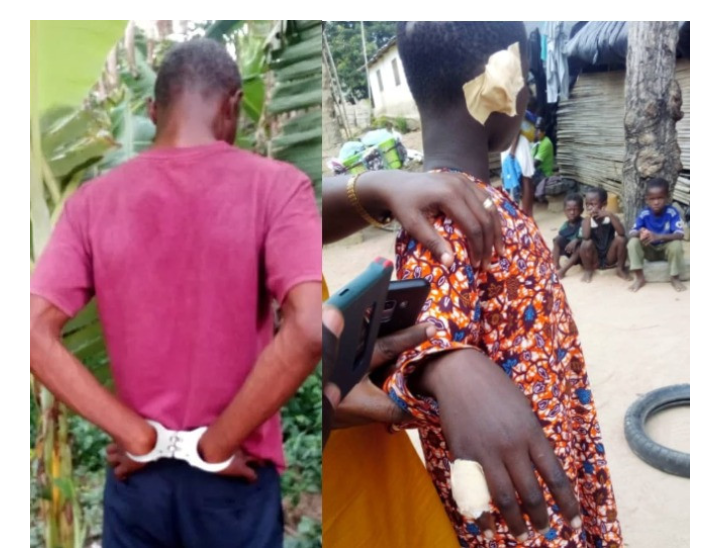 A 55-year old Ghanaian man, Osmanu Mumuni, has been arrested by the police in Ghana for physically abusing his 10-year-old son over claims he stole his money at his home in Obuom-Domeabra.

According to media reports, the mother of the child had on May 17, visited the police station to report that the day before, her ex-husband Osman Mumuni whom their son lives with, cut off part of the right ear of her son with a blade and also placed his fingers in an open fire after suspecting him of stealing ¢250.00.

The suspect was immediately arrested while the victim was taken to the Amanfro Poly Clinic where he was treated and discharged.

Osmanu who is in police custody confessed to the crime but claimed the victim is disobedient.

The police say he will be charged to court soon.