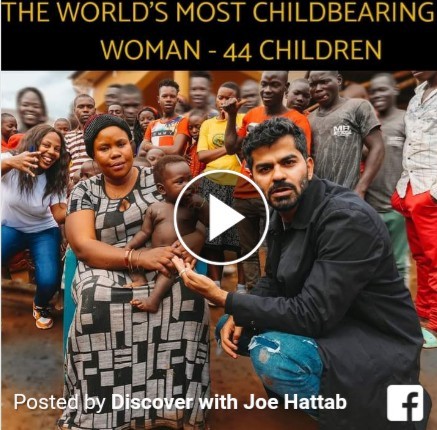 A 40-year single mother, Mariam Nabatanzi has been tagged “Mother of Fertility” after giving birth to 44 children with ease in Uganda, East Africa.

Rumors and news alike have been spread concerning how Mariam Nabatanzi, was able to birth such a number of children within a short time frame from reaching her child-bearing age.

However, in a recent documentary, she gave a detailed explanation of how she gave birth to her 44 children even as she was only 40 years old.

Miriam, who is commonly known as Mama Uganda, related her experiences to an explorer, Joe Hattab. She explained that she was married off at a very tender age of 12, and had her first child when she was still 13.

In her disclosure, Mama Uganda recounted how she became a single mother, after her husband abandoned the family, and eloped with all the money they had.

Mama Uganda said that she has been living alone with her 38 children, and catering for their needs and wants, as six of them had died off. She mentioned that she has been able to enroll all her children in school while paying their fees singly.

From her narration, Mama Uganda posited that she delivered all her babies without any challenges. She had only birthed a single child once, while the others have been twins, triplets, and quadruplets.

In all, Mama Uganda has 38 children, 22 boys, and 16 girls. The children she had birthed consisted of a single child, four twins, five triplets, and five quadruplets. Her last child is only 4-year old.

Mama Uganda expressed that she had tried different family planning medications, to stop her childbirth but all of the methods she used proved abortive. Her doctor also confirmed that she is ‘a very lucky and fertile woman’ 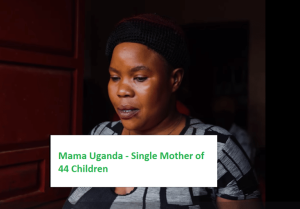 Do you find 9jadailyfeeds useful? Click here to give us five stars rating!
Tags: Mama Uganda Mother of Fertility