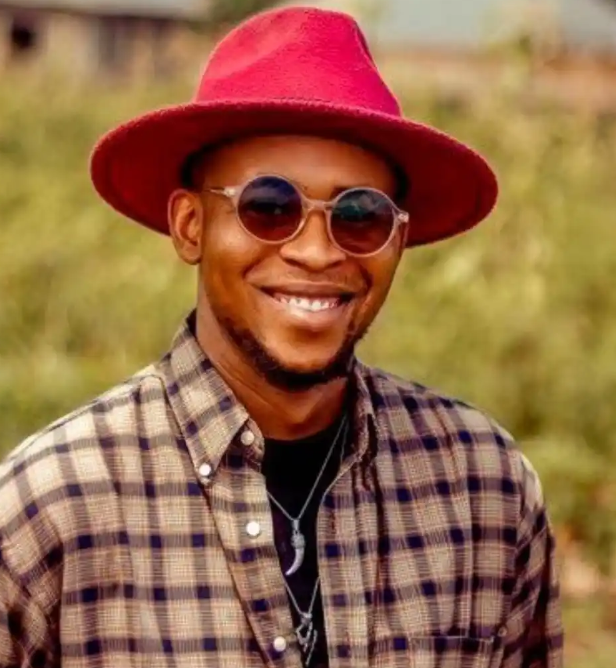 Several women have gone online to share chats in which “life coach” Solomon Buchi is allegedly asking them for money.

Solomon, who recently went viral for saying that his fiancée is not the most beautiful or intelligent woman in the world, but he chose her, went viral again when he advised men not to date broke women.

Many women were outraged by his tweet, and they began sharing screenshots of their conversations with him.

Many claimed he slid into their DMs to elegantly beg for money or other expensive items.

In one chat, a user claiming to be Solomon expresses interest in a woman because her profile mentions “London.”

Other screenshots show him telling women that he is broke and in desperate need of money.

The women who exposed the chats told him he shouldn’t break shame women because he is no better. 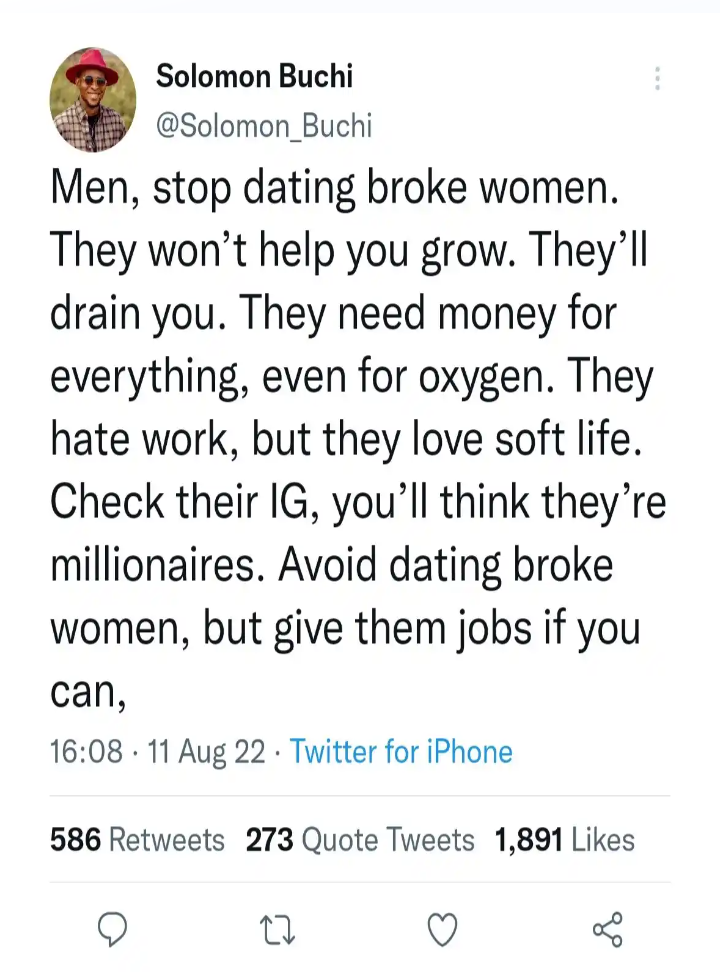 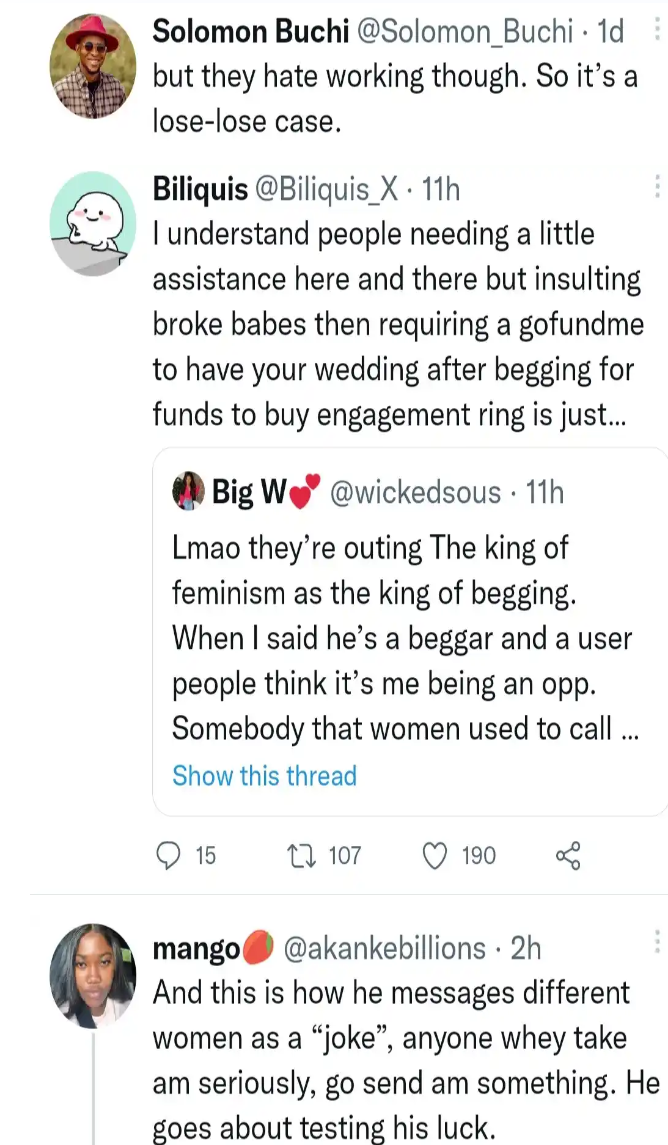 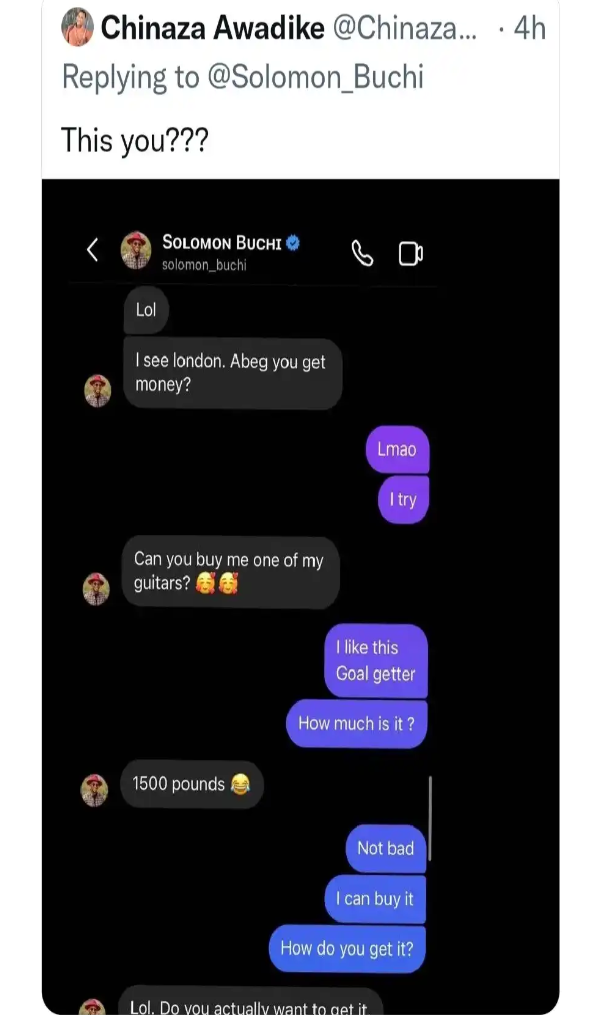 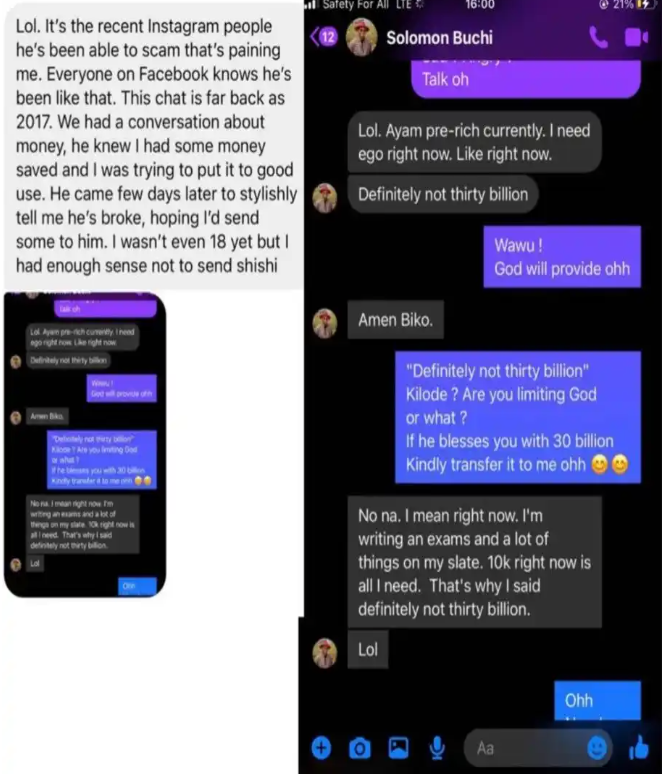 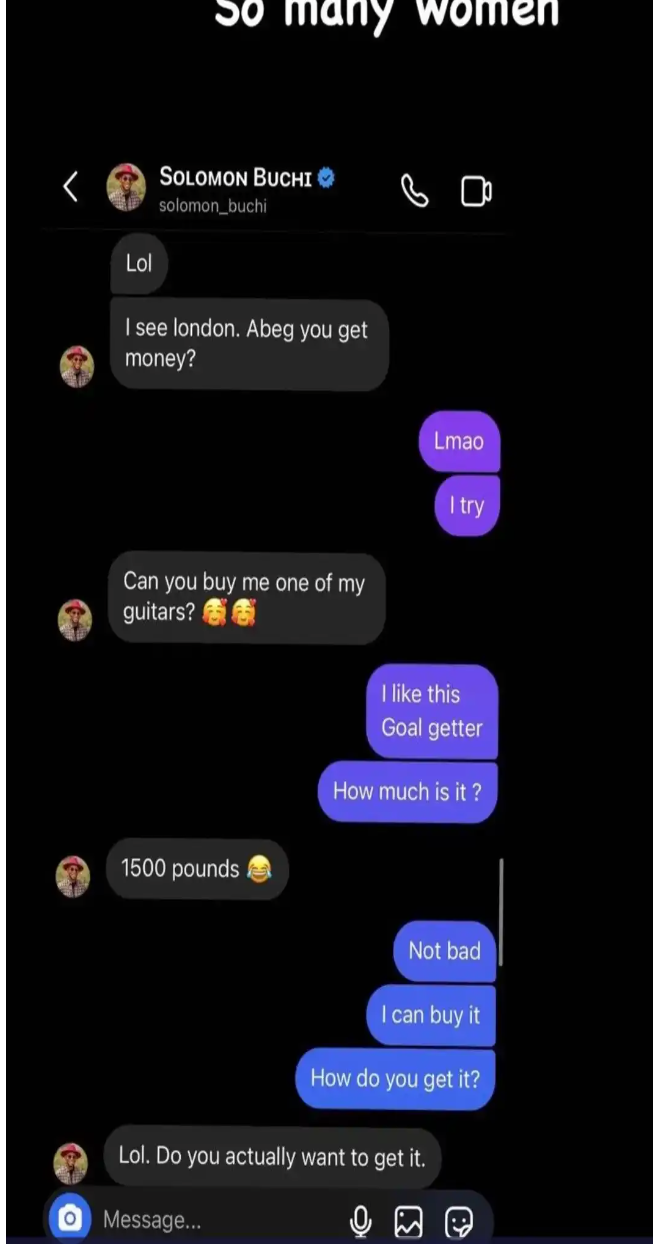 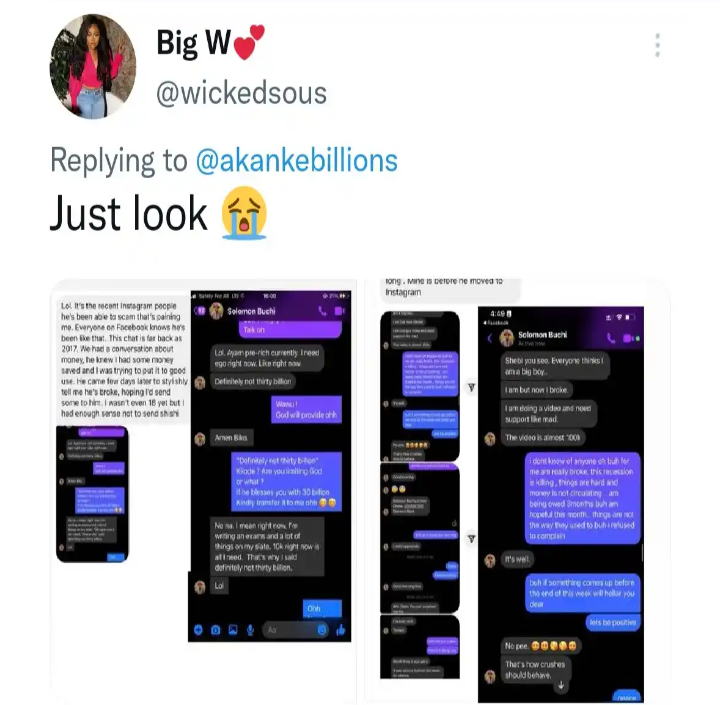 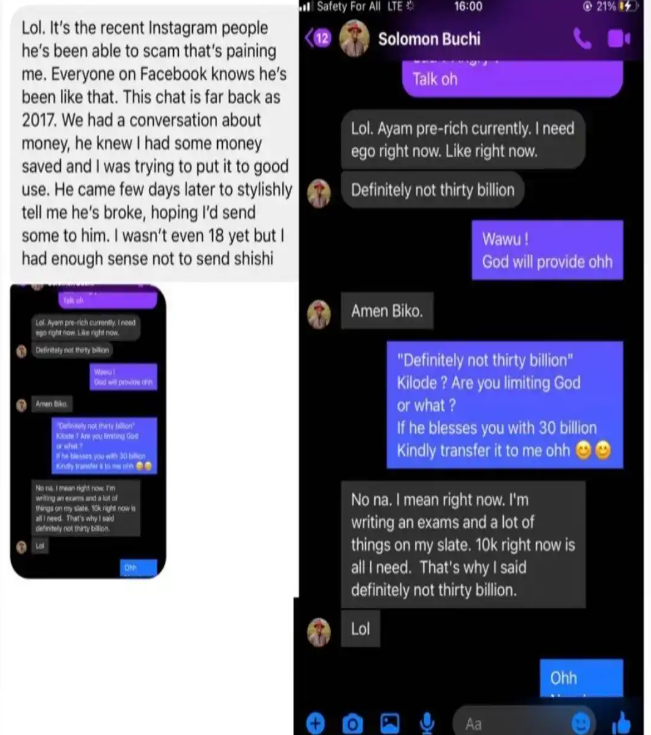 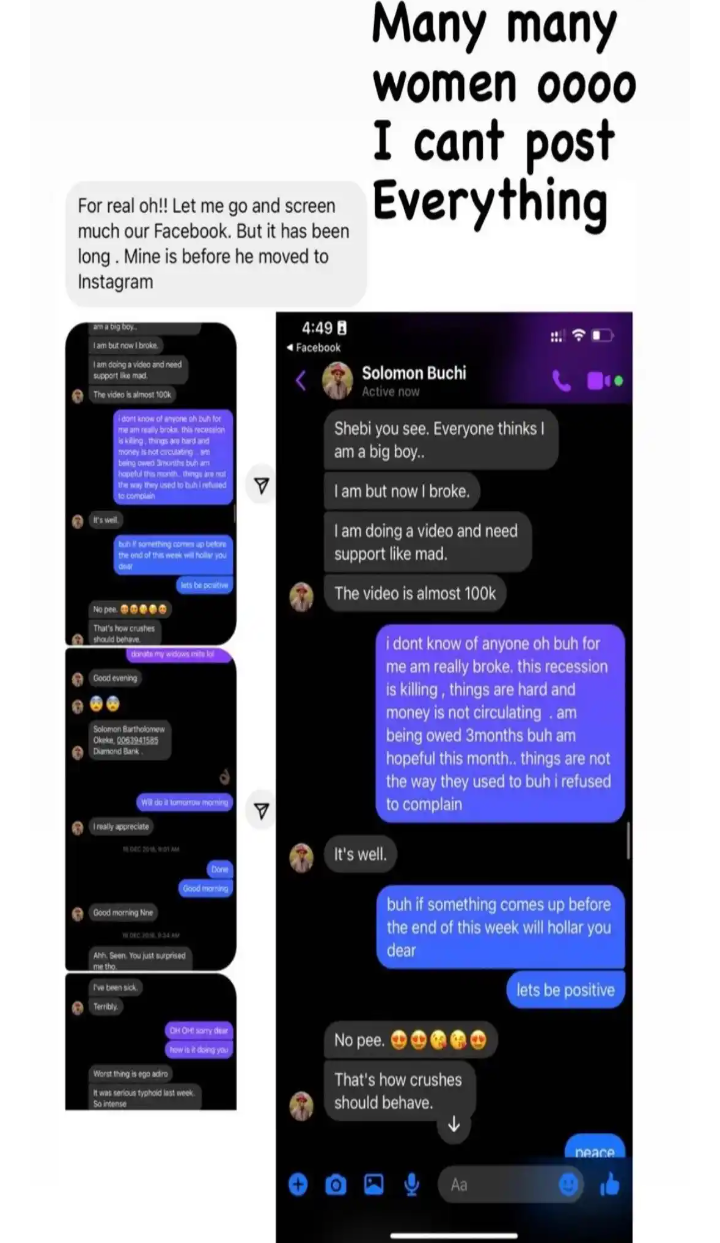 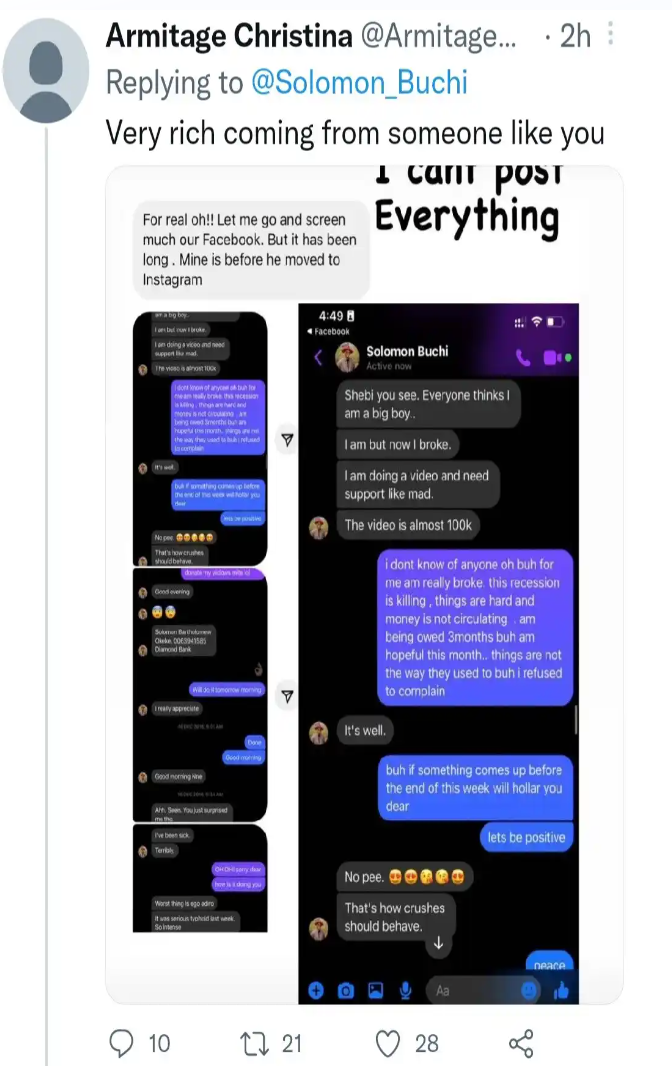 Do you find 9jadailyfeeds useful? Click here to give us five stars rating!
Tags: Solomon buchi