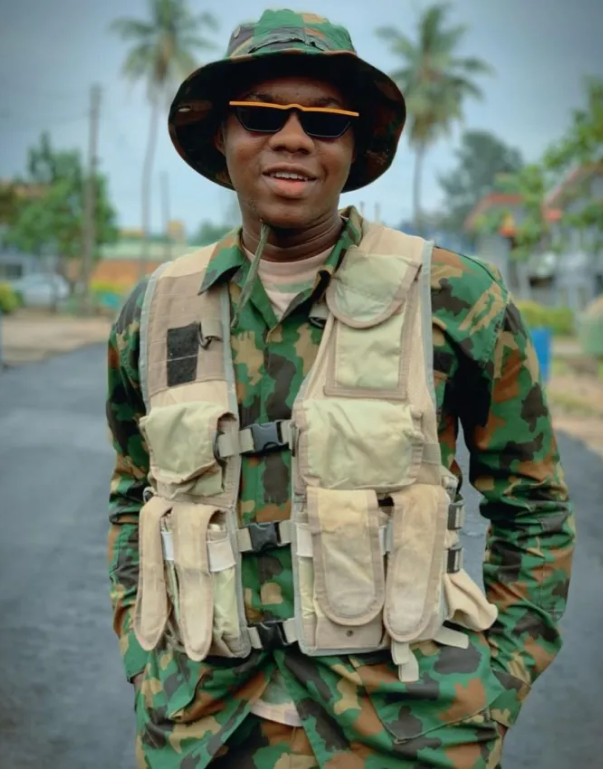 Cute Abiola, a prominent Instagram comedian, is said to be under the custody of the Nigerian Navy.

The Nigerian Navy is alleged to have detained the skit maker and naval officer who was reported missing by some of his friends and family on Wednesday, November 16th, for breaking its social media rules.

According to Nigerian Navy;

“The young man was found to have breached the social media policy while he was on leave. So he was recalled, asked to come back, but he refused until he completed his leave which is a disobedience to particular orders,” Navy spokesperson, Commodore Suleman Dahun, told The Gazette. 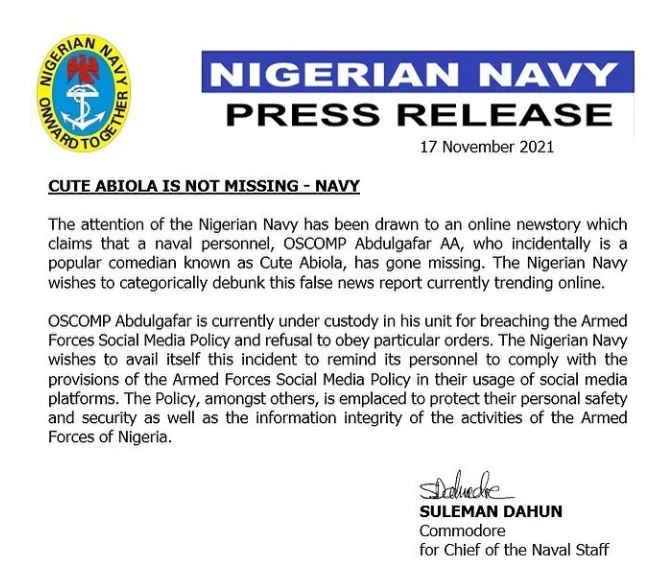 This comes a year after he was arrested by the Nigerian Navy in April 2020 for celebrating his birthday by posting a photo of himself in his official uniform on social media.

He was detained, according to reports, since his actions were not anticipated of an officer and might result in a lengthy detention or removal from the force.