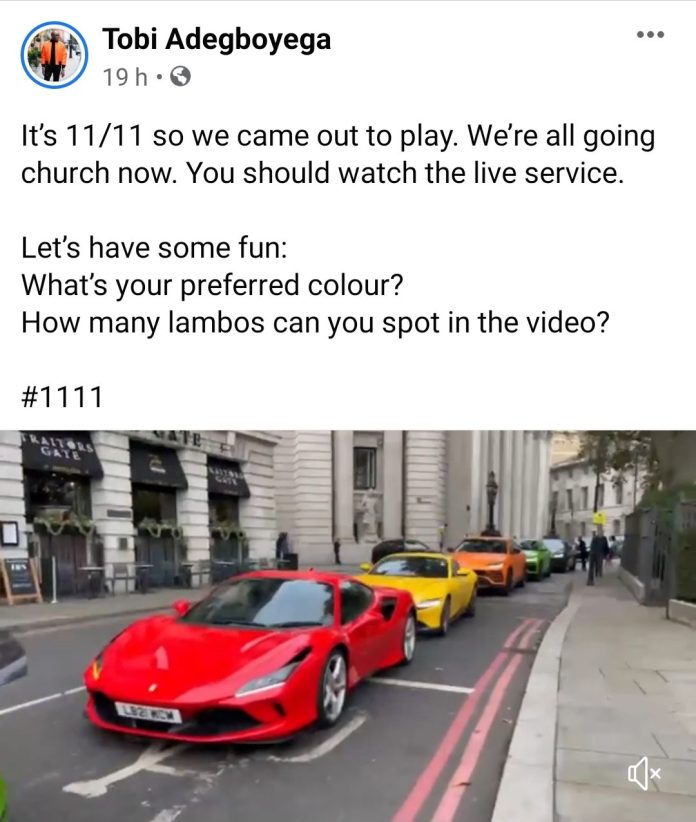 Pastor Tobi Adegboyega, who happened to be a clergyman and the founder of Salvation Proclaimers Anointed Church, took to Facebook to share a video of the convoy that his children came to church with.

This occurred at the Pentecostal Church based in London, England.

Adegboyega celebrated his 41st birthday on Thursday, Nov 11th, and shared this video along with several other videos to mark his special day.

In the video, the cars were lined up on a street in London, while his car lead them in front as they proceeded to Church.

While sharing the video, Adegboyega mentioned that he wished to inspire people, and anyone who found his actions offensive, does not like good things.

The Man of God expressed that his children have worked so hard and were showing their results through the luxurious cars they ferried to Church.

Adegboyega captioned the post: “How many lambos can you spot in the video?”