The beauty of democracy is in its frankness. Electorates are the major role players in any democratic setting. That is to say, the votes determine who holds the mantle of power. It is also an instrument for periodic change of government.

As the Ondo gubernatorial election approaches, different scoops fly about in the media space. Certainly, the broadcasts are connected to the actions of the political parties. 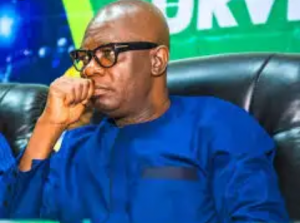 Ondo state chapter of the major opposition party, PDP, has conducted its primaries. Reports has it that the deputy governor of the sunshine state also took part in exercise. His zeal to come out as the flag bearer of his party was subdued.

Deputy governor Ajayi had over 650 votes at the polls. Most importantly, one can say he has proved his worth. He is duly a grassroot politician.

The duo top the list as the party members showed great support. To clarify, Alfred Ajayi lost to his running mate – Eyitayo Jegede. The latter is the commissioner for justice. 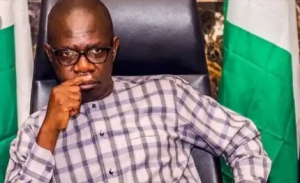 ‘ However, since it’s a simple majority system. The contestant with the highest votes win. Therefore, Eyitayo Jegede is our government candidate. There is no crux to it’,  Alfred Ajayi uttered.

Major actors of the PDP commended Alfred Ajayi for his rigidity. An analysis of thier commentaries clarified their stand. The deputy governor also got the credit for being open minded.

” Alfred Ajayi has a good heart. He did his best to win the people’s heart. I also came to the conclusion that he is an instrument of democracy. An indispensable one at that. He accepted defeat without objection. That is to, Eyitayo’s truimph is clear”

The citations in the preceding paragraph is the comment of one of the PDP chieftain.

📷 THE BIG QUESTION: Who is Bayo Omoboriowo to President Buhari?

” Firstly, PDP is my fountain of hope. It can only get better with Eyitayo. Together, we will rightly find our way up. Sequentially, I need to make this clear. Election is a game, the people are the players. I am not leaving PDP soon. To sum up, I am very comfortable with the loss. The people of Ondo will surely decide in our favour in the coming elections”, Alfred Ajayi said in his closing remark.

Alfred Ajayi got recommendations from the masses from far and beyond. He didn’t go home with the crown afterall. 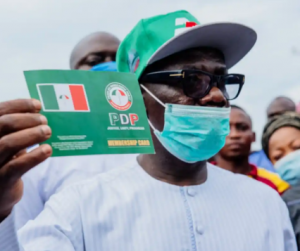 Eyitayo commend the party’s electoral body for their display of accuracy. His delegates also got his good remarks for their steadfast.

What is your take on Ajayi’s submission?

The police have said members of various cult groups are planning to cause havoc in Ogun State on Saturday, August 8. The Ogun State Police […]

BBNaija: I steal people girlfriend if I need one – Prince

A man who battled coronavirus left the hospital to find he was the only survivor left from his household. A Scottish man suffered one of […]

The All Progressives Congress (APC) has alerted that Rivers Governor, Nyesom Wike, has commenced strategic planning for the 2023 general elections. The party said this […]