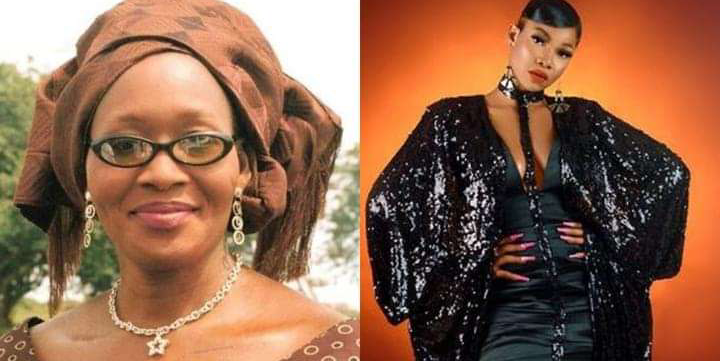 Investigative journalist, Kemi Olunloyo mocks reality star, Natacha Akide better known as Tacha for requesting that people who plan to beat her (Kemi) should make a video of the act.

Most Nigerians were outraged by Kemi’s position on Sylvester Oromoni’s death, and while many were reacting, activist Adetoun threatened to invade her house with Ada Ameh and beat her cruelly.

In response, Tacha requested for the fight to be taped, prompting the 57-year-old to make this nasty and insulting statement.

She also brought up the incident that resulted to Tacha’s disqualification from the BBN show. 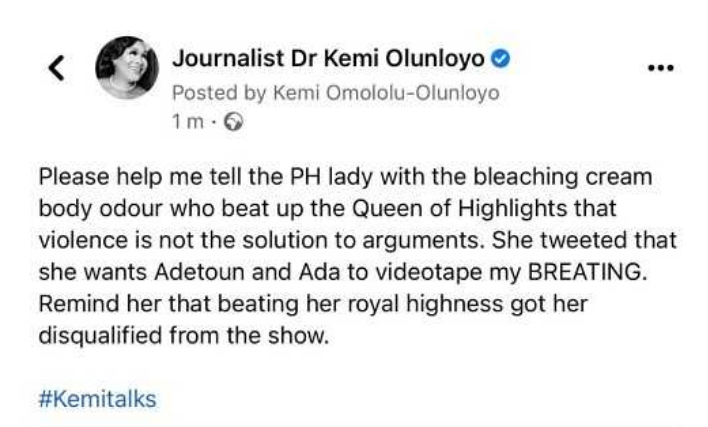