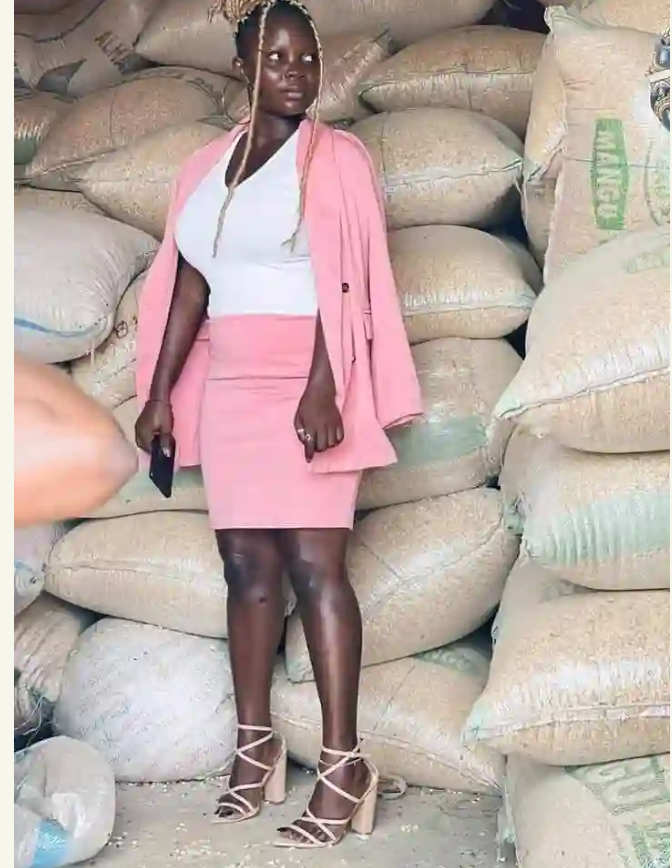 The Police have arrested Imu Ovaioza Yunusa, the CEO of Ovaioza Group of Companies, for alleged ponzi scheme.

Ovaioza who is popular on Facebook, is the founder and co-owner of Ovaioza Farm Produce Storage Business (OFPSB). The company engages in processing, storage, distribution and retailing of farm produce such as garri and plantain. Ovaioza also co-owns Ovaioza Skills Acquisition Center (OSAC) and Relax and Chill.

Ovaioza, who got married earlier in the year, is accused of scamming hundreds of people’s money running into billions of Naira.

She was allegedly planning to leave the country with her husband, David, when the officers apprehended her in Abuja.

Ovaioza is accused of scamming hundreds of people’s money running into billions of Naira. Ovaioza offered investors a huge return on investment.

She once claimed to have bought a plaza in the nation’s capital for more than N500million. The same property was put on sale for N500million on a trading website after it expired.

The case is being handled by the Force Criminal Investigations Department (FCID).

Born December 30, 1993, she hails from Okene Local Government Area of Kogi State and attended College of Arabic and Islamic Studies in Okene.

Do you find 9jadailyfeeds useful? Click here to give us five stars rating!
Tags: Ovaioza