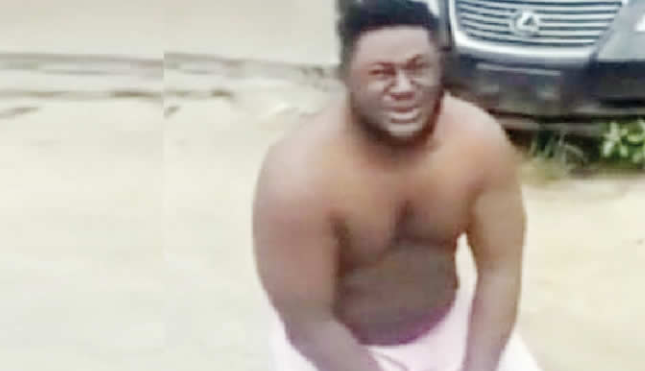 Detectives from the Bayelsa Police Command apprehended John Ewa, a suspected kidnap kingpin who had been on the state’s wanted list.

According to reports, it was learnt that the police followed Ewa, also known as Lion, to Abuja, where he was apprehended on Saturday.

The man nicknamed “Lion” is said to be a dreaded kidnap kingpin.

The suspect, who boasts about his wealth on social media, is suspected of being involved in a number of kidnappings in and around Yenagoa, the state capital.

In a six-second video that went viral over the weekend, Ewa, dressed in his pyjamas, was seen holding up foreign currency notes and saying, “Get money for this life, hussle, hussle.”

However, another video of his arrest surfaced on social media over the weekend.

In the one-minute, five-second video, a sobbing Ewa is seen wearing only his pants, kneeling on the ground with his hands handcuffed, and apparently responding to officers’ questions.

He said, “Please, forgive me. My wife just born sef.”

Danjuma, one of his victims, was also heard speaking, as he recognized the suspect when he and his gang kidnapped him.

He said, “We are going to issue a statement tomorrow (Monday) or parade the suspect.”

Do you find 9jadailyfeeds useful? Click here to give us five stars rating!
Tags: John ewa 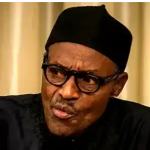