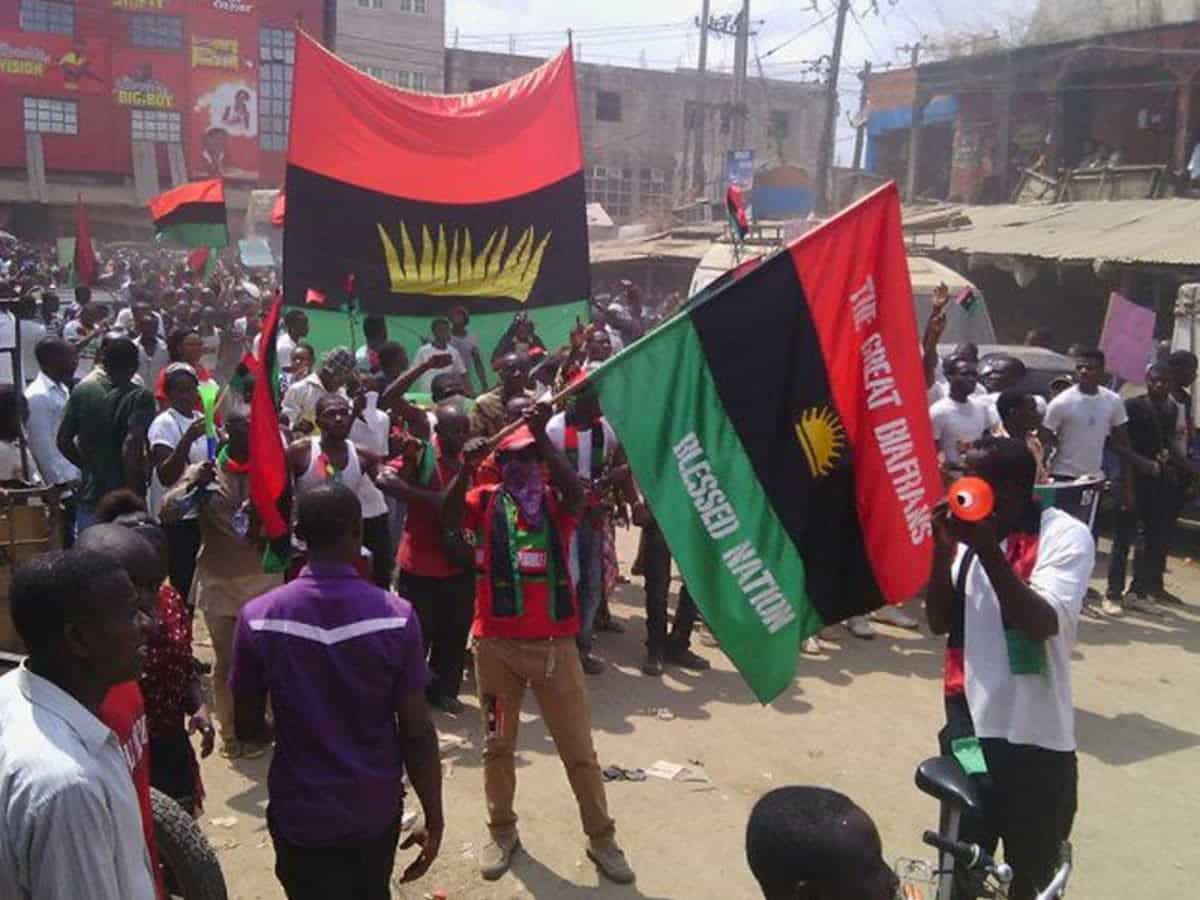 A secret meeting organized by the members of the proscribed Indigenous People of Biafra (IPOB) in a private school in Okutukutu axis of Yenagoa, the state capital have been stopped by Personnel of Operation Puff Adder of the Bayelsa State Police Command.

The security operatives also arrested 10 persons attending the meeting which is alleged to be part of a plan to allegedly unleash mayhem on some parts of Bayelsa State.

A book titled “The Chain of One Nigeria Broken (The story of our journey to Freedom)” was also recovered from the suspects during the raid on the meeting by security operatives on Tuesday afternoon June 1.

An eyewitness confirmed that a legal practitioner and the headmaster of the school were among the ten persons arrested.

“The suspects were arrested by a team of Operation Puff Adder when plain-clothed policemen and uniformed ones stormed the area.

“Many residents started moving into their homes to avoid being caught on the wrong side of the law. They proceeded to the school and we were shocked when they brought out people in handcuffs. We thought the school was empty.”

In what seems to be a confirmation of the arrest, Bayelsa police spokesperson, Asinim Butswat warned members of the public in the State to stay clear from any form of association with the proscribed Indigenous Peoples of Biafra (lPOB)

Butswat also disclosed that intelligence available to the Command indicates that some misguided elements are planning to set-up IPOB cells in the State, hinting that Police Operatives are on their trail and monitoring their activities.

“The Command will deal decisively with any person or group of persons that attempt to disrupt the prevailing and peaceful security situation in the State.

“The Bayelsa State Police Command hereby, appeals to the good people of Bayelsa State to go about their lawful and legitimate businesses, as the security agencies are on ground to ensure that peace and order is maintained in the State”