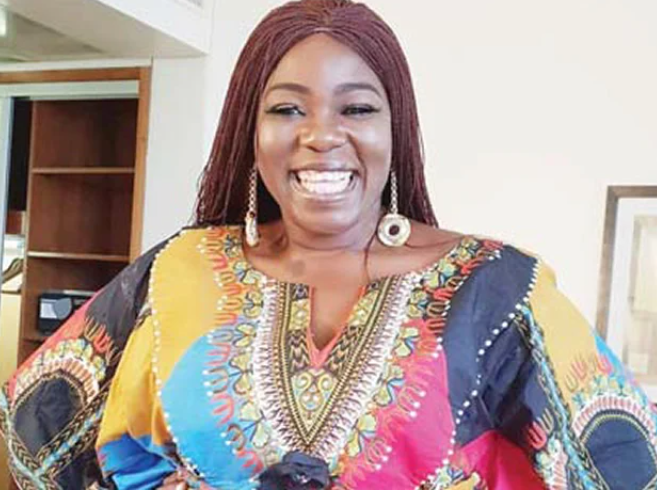 The actress, best known for her role as Emu in the Africa Magic family drama The Johnsons, passed away on Sunday night.

The popular actress, who was born on May 15, 1974 in Ajegunle, Lagos, posted a video of herself eating with her family on her official Instagram page around 12:53pm on Sunday, just hours before she died.

Emeka Rollas, President of the Actors Guild of Nigeria, confirmed the news.

“We lost Ada. No details at the moment, but we’ve lost Ada,” Rollas told our correspondent.

According to report, Ameh was a guest of an oil company toyshop and his family when she collapsed.

She was rushed to the hospital where she pronounced dead.

The actress recently opened up about her mental health issues.

“Everything is going to be fine. I have an issue right now, and it’s taking my life. I will not die. We will get over it,” Ameh had said.

The actress explained that she was given a job but was unable to complete it due to mental health issues.

The 48-year-old actress previously revealed that she became pregnant with her daughter when she was 13 years old.

This, she claims, happened because her peers introduced her to sex at a young age.

Despite her early motherhood, the actress lost her 30-year-old daughter, Aladi Godgift, in October 2020.

Aladi died after an unsuccessful surgery in Abuja, and the actress paid a visit to her daughter’s grave site last year to commemorate the deceased’s one-year anniversary.

She had also celebrated the posthumous birthday of her daughter.

Ameh, who played the role “Anita” in the 1996 film ‘Domitilla,’ is best known for her comedic roles, particularly in the television series The Johnsons.

May her soul rest in peace!!!

August 16, 2022
Man backs his pregnant wife after she said she ‘surrenders’ while in labour (video)