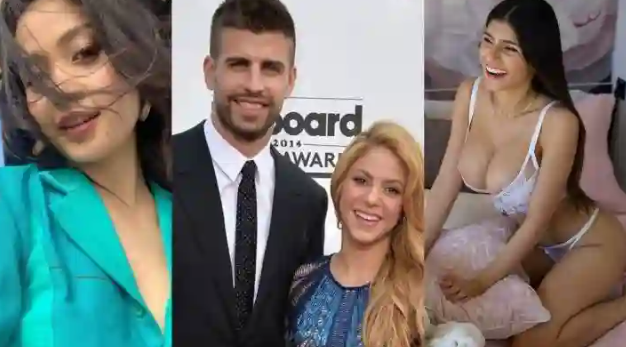 The 29-year-old Lebanese-American beauty worked in the adult film industry for just three months before resigning to pursue a career in sports social media – and she’s a big football fan these days!

She fell inlove with West Ham after seeing the 2005 film Green Street, and she even went on Arsenal Fan TV last year to tell Robbie and the boys how much she “loves teams that stink” (wink wink), and she has now spoken out about Pique and Shakira’s rumored breakup.

Pique moved out of the family home earlier this week after long-term partner and Colombian pop sensation Shakira saw him in bed with another lady, and the couple is reportedly likely to separate.

Pique is currently living in a bachelor pad and has been leading a “party lifestyle” since the separation, according to Spanish publication El Periodico.

Social media rumors stated that the woman Pique had slept with was the mother of his Barcelona teammate Gavi, but these claims were debunked.

El Periodico stated that the lady in question was a 20-year-old blonde, ruling out Gavi’s brunette mother.