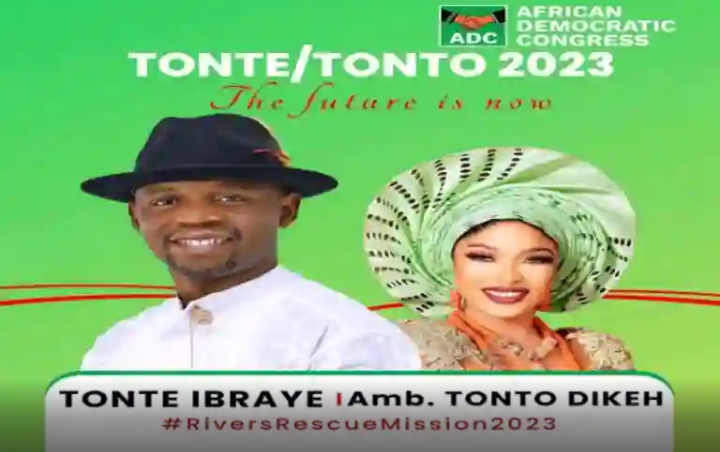 Tonte Ibraye, the ADC governorship candidate, confirmed Tonto Dikeh as his running mate in an Instagram statement on Friday.

The statement partly read: “After series of consultations with leaders of our party the African Democratic Congress (ADC) in Rivers State and the national level, I’m glad to announce Amb. Tonto Dikeh ‘Tonto let ’ as my running mate for the 2023 gubernatorial election in Rivers State.”

Sani responded on Twitter, calling the news a “good development” and challenging other female Nollywood and Kannywood stars to follow in Tonto Dikeh’s footsteps.

“This is a great challenge to other Female Nollywood and Kannywood stars; to step out of the screen to the ring. I’m not unaware that others have tried in the past.