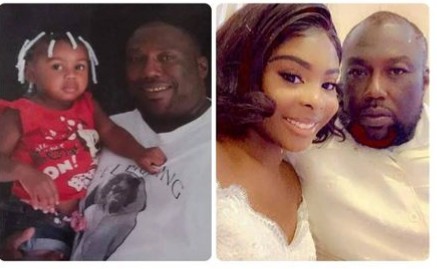 Micheal Haugabook, a 61-year old man marries his Goddaughter, Deja Haugabook as she turned 18 years old. Photos of Deja and Mike, Both as Father and Daughter and Married Couples 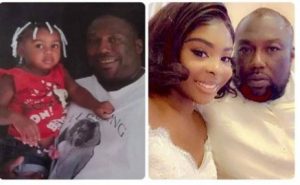 Michael Haugabook, who previously used to date Deja’s mum, switched over to Deja as she turned 14, then got married to her as soon as she clocked 18. Michael Haugabook had three other kids from different women and a 2-year old daughter with Deja before their marriage.

Below is a screenshot from a post Micheal Haugabook made sometime in 2017 confirming that Deja is and used to be his Goddaughter. 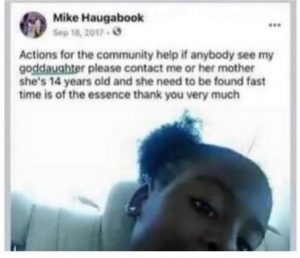 An arrest warrant which surfaced online shows that Michael’s records are not straight as he seems to have allegedly been involved in Substance trafficking and other crimes. 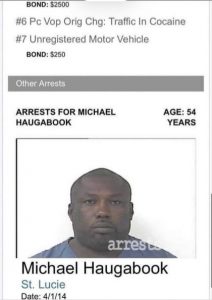 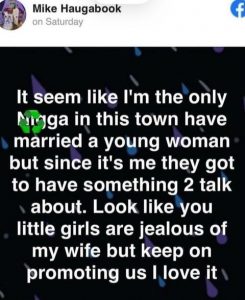 Deja had posted on Facebook when she was 17 years old, that she was in a relationship, but did not reveal the identity of her partner. Following the news trending online, Deja’s reaction to the entire news was priceless as she came out fully to support her man. 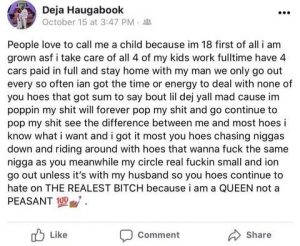