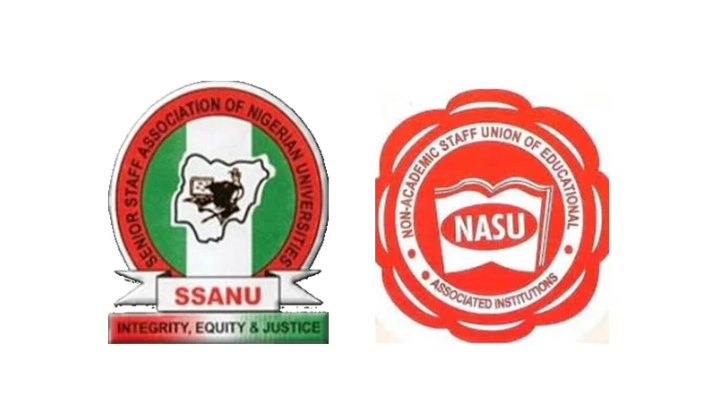 According to report, the Senior Staff Association of Nigeria Universities and the Non-Academic Staff Union of Allied and Education Institutions announced on Saturday that their ongoing strike would be suspended for two months.

Muhammed Ibrahim, the national president of the SSANU, revealed this in an interview with our correspondent in Abuja.

“Yes, we have suspended the strike for a period of two months”, Ibrahim told our correspondent via a telephone call.

Like the Academic Staff Union of Universities, SSANU and NASU had also embarked on strike.

The unions had demanded that the 2009 agreement be renegotiated, that earned allowances be paid, that vice-chancellors not usurp non-academic career positions, that the university staff school be integrated into the university community, that minimum wage arrears be paid, and that state universities be funded.

The Federal Government formed a committee, led by Emeritus Professor Nimi Briggs, to negotiate with the two unions.
Though Ibrahim did not reveal the unions’ demands that were met, the minister of education, Adamu Adamu, stated last Thursday during a press briefing with state house correspondents that the government had reached agreements with all university-based unions except ASUU, which the minister claimed was requesting payment of backlog of salaries.

The strike by SSANU and NASU has resulted in the suspension of academic transcript issuance and the mobilization of graduates for the National Youth Service Corps’ compulsory one-year service.

Do you find 9jadailyfeeds useful? Click here to give us five stars rating!
Tags: SSANU