Popular Nigerian singer, Kizz Daniel is excited after his street was named after him few weeks after he moved into his Lekki mansion.

It should be recalled that a couple of weeks ago, Kizz Daniel acquired a multi million naira mansion in the Lekki area of Lagos state.

Kizz Daniel has now taken to his page on Instagram to reveal that his street has been named after him.

Breaking the news on Instagram, he wrote… “Take a left at Kizz Daniel STR”

His industry colleague, 2Baba who also owns a house in Lekki, took to his comments and gave him a warm welcome to Lekki. 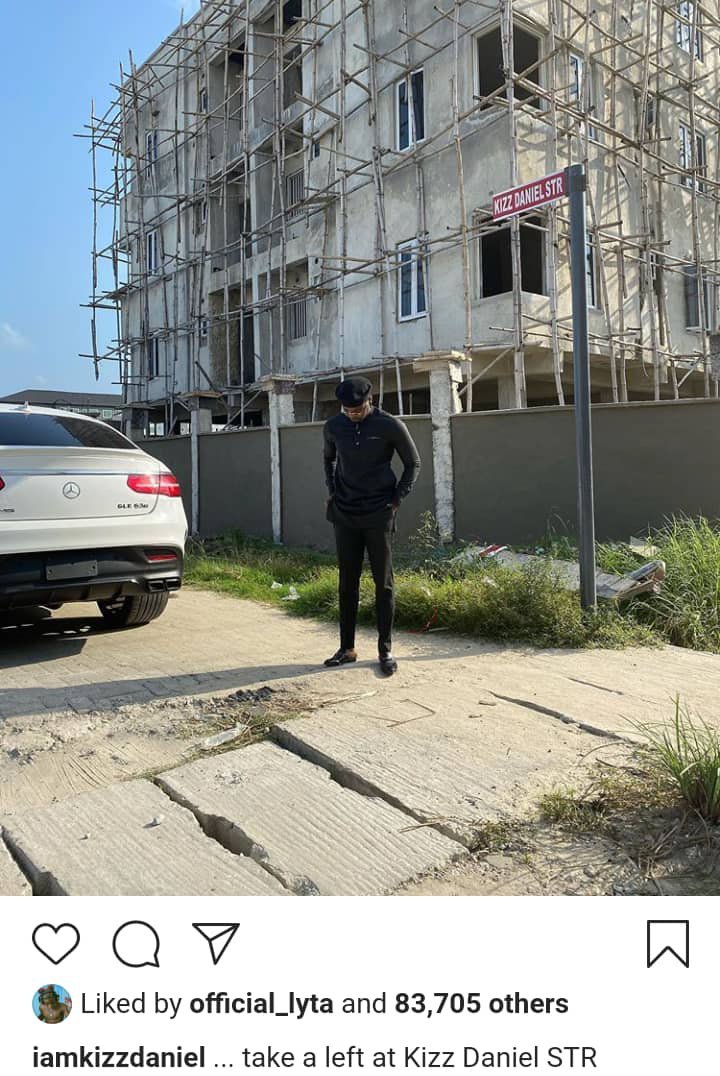