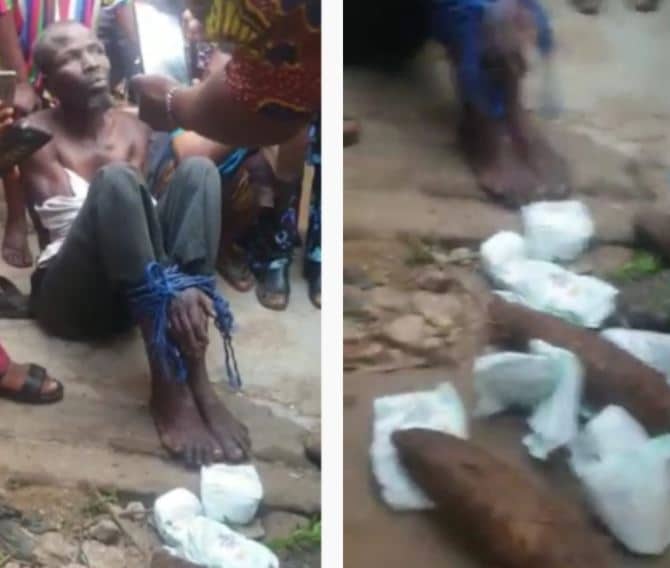 Two Students schooling in Oyo State were alleged to have been turned to Yam in a viral video.

The video which spread across social media on Friday, 3rd December, showed the arrest of a middle-aged man by angry residents in Ashi, Oyo State after he was alleged to have turned two secondary students of Bashorun High School into tubers of yam.

The video also showed how the suspect was tied and interrogated by residents in the area, but he did not consent to the crime. As efforts to get him to open up on the incident proved abortive, the angry mob that was gathered around, set him ablaze.

The Oyo State government in reaction to the claims from the unverified video debunked the allegations.

The government stated that it had intervened in the matter a few moments after the video started making rounds on social media. Security operatives in the state posited that although the suspected ritualist was lynched by spectators and witnesses of the incident, it was untrue that any two secondary school students were victimized.

Abiodun Abdulramah, the Oyo State Commissioner for Education, clarified the issue in a statement that was published online.

He explained that the aforementioned school was visited on a fact-finding mission and as confirmed by the school management, none of the students were missing.

Abdulramah urged the residents to remain calm and assured them that the matter was under investigation to assert the correctness of the allegations. 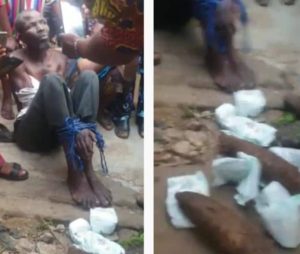