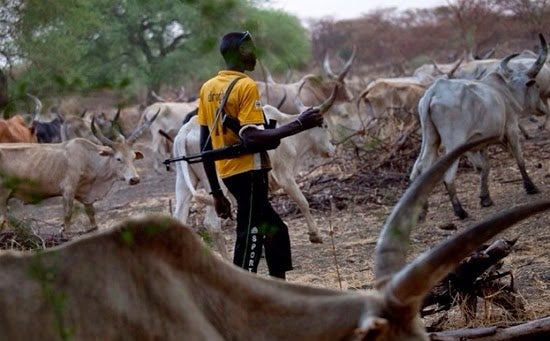 Suspected herdsmen have allegedly attacked and killed a couple at Tarkende Village, near Umenger in the Guma Local Government Area of Benue State.

According to eyewitness accounts, the herdsmen had invaded the village around 1.30 am on Wednesday and started shooting indiscriminately, killing the couple in the process.

“We were woken up by the sound of gun shots, which was coming from all directions. Everyone started running away from their homes to escape the rampaging herdsmen. By the time some youths went back to the village, the lifeless bodies of the man and his pregnant wife were lying on the ground, a few meters away from their residence. This suggested that they might have been shot dead while trying to escape,” a resident recalled.

Shawon told journalists that a woman who survived the attack told him that she ran for about 30 kilometres to seek refuge in a neighbouring village.

“As we speak, the Chief of Ujaende is with me and he is praying that the Army will intervene and patrol the entire area so that they can go to farm. That is the situation in all parts of Guma,” the council boss said.

When contacted, the Police Public Relations Officer in the state, DSP Catherine Anene, said the command received a report on the attack and promptly dispatched its men to the community.

“Somebody actually called to alert the police and as I talk to you now, a team of policemen has been sent to the area to confirm the incident.

“The media will be briefed appropriately on the matter when the team returns,” Anene said.

Guma, which happens to be Governor Samuel Ortom local government area of origin, has in recent times witnessed constant attacks by the marauding herdsmen.