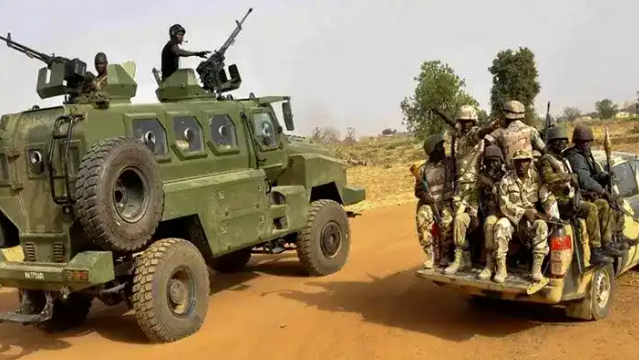 Terrorists who attacked the Army Check-point at Zuma Rock on Thursday night killed one soldier and injured two other soldiers (Wounded In Action) in the ensuing gunfight, according to evidence.

According to sources, while many of the terrorists arrived on motorcycles, others arrived in a Hilux van to launch the attack at the checkpoint, which is located on the border between the FCT and Niger State.

Troops from the Presidential Guard’s Brigade’s 102 battalion, who are responsible for manning the checkpoint, are said to have responded gallantly during the gunfight, resulting in some of the terrorists receiving gunshot wounds and fleeing.

Recall that a reinforcement team with artillery weapons was dispatched to the scene of the surprise attack on Friday night, bolstering troop response against the terrorists.

According to a source, the Guards Brigade Nigerian Army has deployed a reinforcement team from headquarters to beef up security within the 102 Battalion barracks and FCT environs, as the military is now taking terrorist attacks more seriously.

Do you find 9jadailyfeeds useful? Click here to give us five stars rating!
Tags: Zuma rock