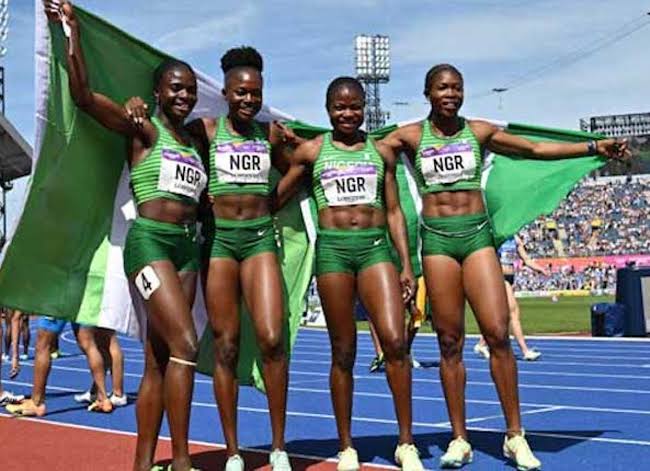 Nigeria finished the best among all of the American teams, and that wasn’t all. It was Nigeria’s best performance ever, beating their most successful run at the Victoria Commonwealth Games in 1994 with.

So it doesn’t need to be said in so many words that the team has done the nation proud. The people are exhilarated with the performance of the convoy, and it is not only the people! The team has been invited for a Presidential Reception on 15th September at the Aso Rock Villa, Obuja, revealed Mr Sunday Dare, the Honourable Minister of Youth and Sports Development.

Their highest number of medals was in 1994 Victoria, with 37 medals, but performance-wise, this convoy beats the past records. Nigeria finished 7th with all of their medals, and became the best performing country in Africa.

Under the leadership of Mr Dare, the Ministry of Youth and Sports Development has truly been able to
achieve a lot. With the unrelenting efforts of the unit to ensure that the best possible facilities were available to the athletes, the performances have skyrocketed. Dr. Ifeanyi Okowa, the Governor of the state
of Delta, appreciated Dare’s efforts, saying that he has brought a “high level commitment to sports
development in Nigeria” at the unveiling of the official mascot for the 2022 National Sports Festival.

Sunday Dare, and his dedication to serving the youth and the fields of sports, is nothing new. Ever since
he became the Minister for Youth and Sports Development, he has put in constant efforts to achieve the
best for his vision. He has often taken steps which have been unprecedented in Nigeria, and he has
approached them without fear. It is not easy to step out of familiarity, and continue to do only what has
been done before.

But not Mr Dare. He has gone out of his way and introduced innovative initiatives, like Adopt An Athlete, to encourage more philanthropists into lending their support to the field of sports.
One of the major issues that Dare has faced is funding. With there hardly being enough funds for the
sporting facilities in the country, it is difficult to provide athletes with the necessary facilities.

But Dare, instead of focusing on increasing the funds for sports, tried to get the universities involved to provide better facilities to the students, which increased participation in sports. His efforts resulted in N148 billion
being allocated to the Ministry of Youth and Sports Development for the 2021-2025 National Development Plan.
Dare thanked Muhammad Buhari for his invitation and promised to keep working for the betterment of the youth and offer the top sports facilities for budding athletes. With all that he has achieved so far, it remains to be seen what other heights still remain uncharted for Nigerian sports under his leadership.