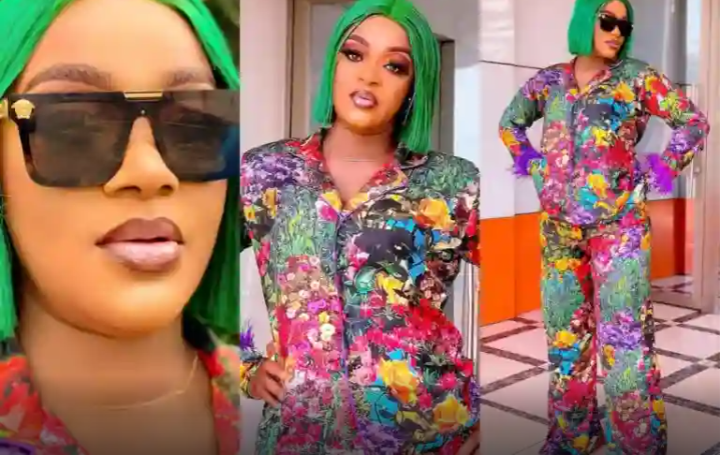 Chacha Eke Faani, a Nollywood actress, has shared a cryptic post about her marital problems with ex-husband Austin Faani.

Chacha Eke recently stated on Instagram that the truth is the child of time.

“Truth is the child of Time”.

This comes just days after it was revealed that the actress is seeking medical treatment at an Enugu hospital.

The actress, who is thought to suffer from bipolar disorder, was accused of using drugs to help her heal from her marital problems with Austin Faani.

Gistlovers, a faceless blogger, shared screenshots of a chat in which it was claimed that Chacha Eke was receiving treatment at FMC, Asaba.

According to the chats, Chacha Eke is a drug addict, and her husband is sick of her addiction, primarily because her children are suffering as a result of her reckless lifestyle.

The chat also claimed that she is known in every weed joint in Asaba and Aboki.

Chacha Eke responded by posting a video of herself sitting pretty in what appears to be her house. 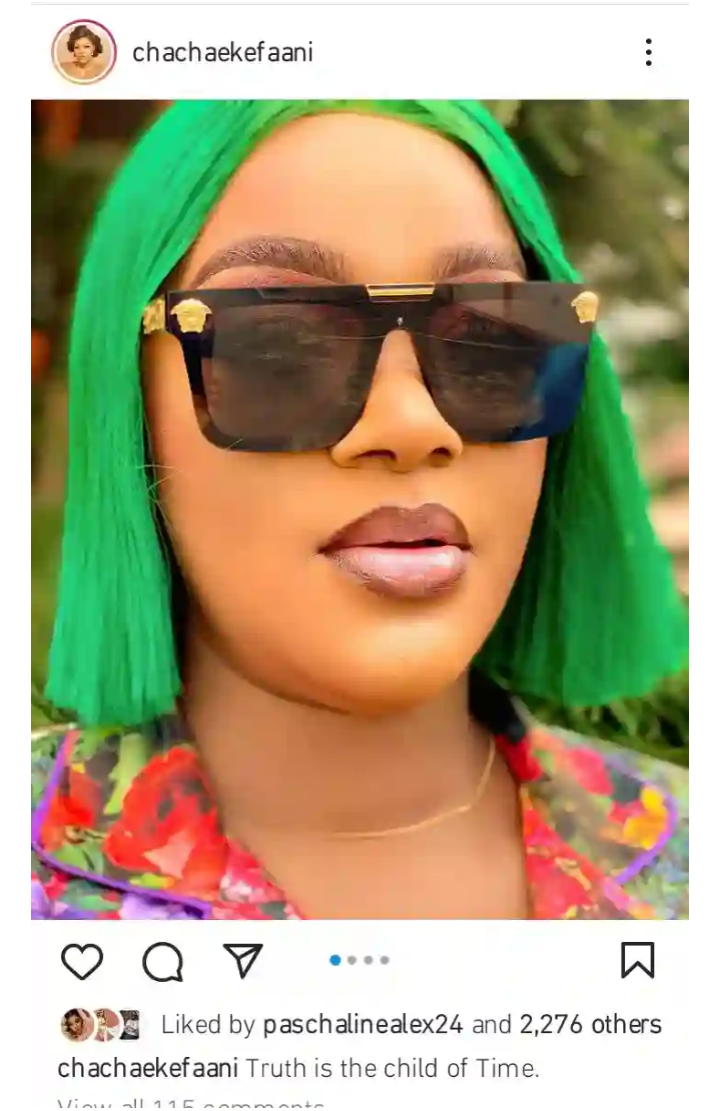 Her recent post appears to be an attempt to dispel all rumors about her mental health.

Do you find 9jadailyfeeds useful? Click here to give us five stars rating!
Tags: Chacha Eke