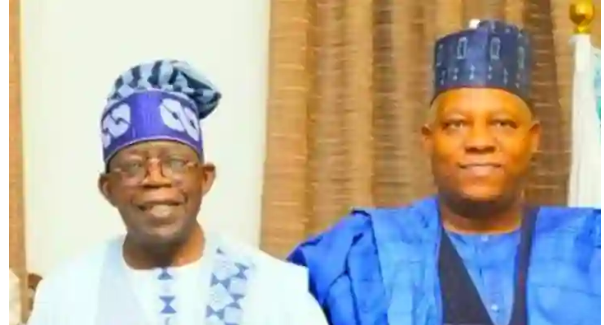 Kano State Governor Abdullahi Ganduje revealed on Saturday that Tinubu had settled for a Muslim-Muslim ticket.

Tinubu had previously chosen Ibrahim Kabiru Masari as a stand-in for the vice presidency.

Tinubu stated this during an interactive session with journalists on Sunday, July 10, following a visit to President Muhammadu Buhari in Daura, Katsina State.

Shettima, a Tinubu supporter, was instrumental in Tinubu’s election as the ruling party’s Presidential Candidate.

Born on September 2, 1966, to Sir Kashim Ibrahim’s family, he is married to Nana Shettima and has three children: two females and one male.

Below is a video of Tinubu making the announcement.