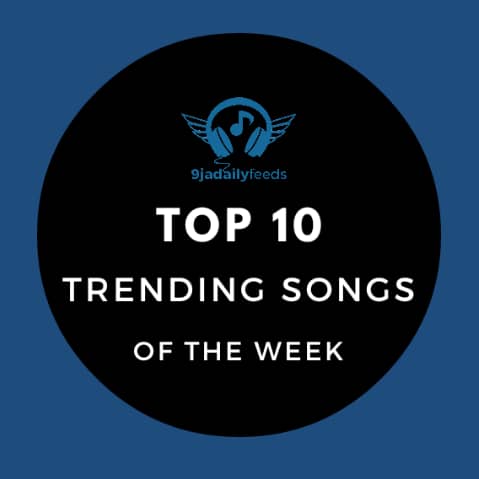 Check out top ten songs for the week

Are you a music lover?
Or you want to update your playlist?

Basically, music is a way of life. It keeps us together. The practise, the splendour and all. The globalized society needs some piece of music to keep up with the vibe.

Off the fun, here is a list of our top ten music for the week.

Starboy records boss, Wizkid, on his birthday dropped smile. This is in consonance to what he called his ‘gift to us’. Happy belated birthday to him

Female disc jockey, DJ cuppy, hits the list hard again with Jollof on the jet. Rema and Rayvanny are also part of the super-duper

Afrohouse specialist, Niniola Apata (known by her stage name Niniola) dropped the club blanger. She titled it “Addicted”. The hit is the necessary vibe for any carousal!

Nigerian songwriter and producer, Blaq Jerze release single titled Olo. He’s known to be by many to be a hit maker.

Koffe is a Jamaican reggae star. He released the song as his bit for the COVID-19 pandemic. Our analysis showed that the musician’s mood is that of perplexity.

Proud reggae star and Nigeria born, crooner, Apisoulll drops a new dancehall. He featured Jah voice in the impressive record. The song is a reflection of his so many thoughts about happenings around the world.

Did you gain value?

[Exclusive Interview] “Do you really like me” Crooner – Ugoccie