With regards to her goodwill towards humanity, Iniobong Edo Etim bags new appointment as a major in the tourism sector under the Gov. Udom Emmanuel led administration. She is, as it stands, the special adviser to the Akwa Ibom governor on culture and tourism.

The 38-years old TV angel, who began filming two decades ago, was honorably celebrated by notable personalities in the Nigerian entertainment industry. 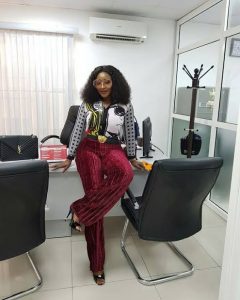 Many commented on her moral uprightness and all-round commitment to movie making over the years. Her unapologetic followers and fans also congratulated her in altering voices, all directed towards her admiration.

The National Open University Of Nigeria (NOUN) alumnus, Ini Edo, was also appointed by the United nation’s as a youth ambassador in 2014.

“I’m so happy to be reappointed as Gov. Udom’s special adviser on Culture and tourism. I pledge to continue the good work. The youth and rising generation of Akwa and Nigeria in totality are my centre of attention”, Ini Edo posted on her IG handle. 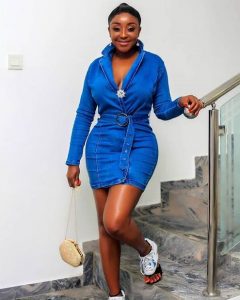 In 2014, Ini Edo had the most profilic features in her acting career as she appeared in seven Nollywood masterpieces.

Caro The Iron Bender,
Royal Gift, Blind Kingdom, Native Son and Ghetto Queen are some of the notable on-screen movies that she took part in.

“I look forward to great accomplishment and milestone in this new era. I say a big thank you to the amiable Gov. Udom Emmanuel and I also promise to serve the good people of our dear state with a degree of loyalty”, Ini Edo added.

The police have said members of various cult groups are planning to cause havoc in Ogun State on Saturday, August 8. The Ogun State Police […]

BBNaija: I steal people girlfriend if I need one – Prince

A man who battled coronavirus left the hospital to find he was the only survivor left from his household. A Scottish man suffered one of […]

The All Progressives Congress (APC) has alerted that Rivers Governor, Nyesom Wike, has commenced strategic planning for the 2023 general elections. The party said this […]