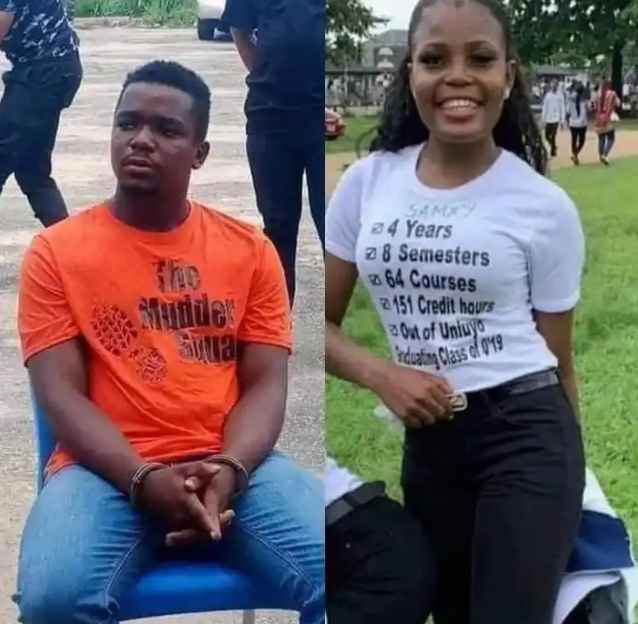 On Thursday, August 4, an Akwa Ibom State High Court presided over by Justice Bassey Nkanang sentenced Uduak-Abasi Akpan to death by hanging for the murder of a job seeker, Iniubong Umoren.

Uduak-Abasi Akpan lured Iniubong Umoren out of her home in April with a phony job interview, then raped and murdered her on the outskirts of Uyo.

According to reports, he buried her remains in a shallow grave in his (Akpan) family house, where the crime occurred.

Uduak-Abasi Akpan had in his confessional statement said:

“I first used condom to have sex with Iniubong Umoren and later removed the condom because I did not enjoy the sex. She became infuriated and I reached out to a stabilizer and a box iron and used it to hit her abdominal part and started to bled. I hit her again and she screamed. I used her jean trousers and strangled her and she became lifeless.”

Delivering judgment on Thursday, the court held that:

“The use of dangerous weapons such as a stabilizer and a box iron to attack delicate parts of the human body like the head is a clear pointer that death was probable the consequences of the action.”

The court however discharged and acquitted his father, Frank Akpan and sister, Bassey Anwan.