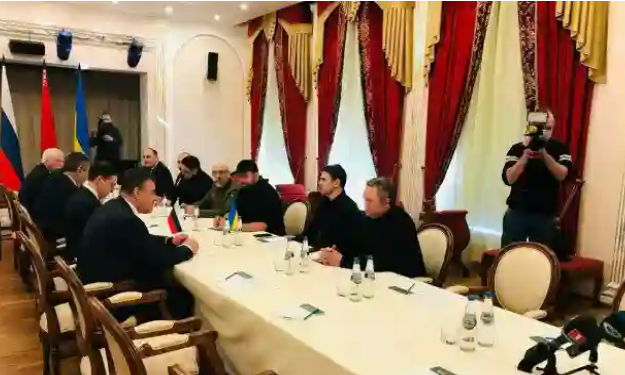 Mykhailo Podolyak, the presidential advisor for Ukraine, acknowledged that a peace meeting between his country and Russia is taking place near the Belarusian border.

The president’s office of Ukraine has stated that the country’s major objectives are an immediate ceasefire and the departure of Russian soldiers.

Vladimir Medinsky, head of the Russian delegation, said “as every hour of conflict brings new casualties among Ukrainian soldiers, we are definitely interested in reaching any agreements as soon as possible”.

“But those agreements should be for the benefit of both sides,” he added. It was also learnt that the Russian delegation arrived the meeting location on Sunday February 27.

The international world reacted angrily to the military move, with the EU, UK, and US imposing economic penalties against the Kremlin.

Russia has been further isolated, with its airlines barred from flying in European and Canadian airspace, and a number of its banks barred from using the SWIFT international financial system.