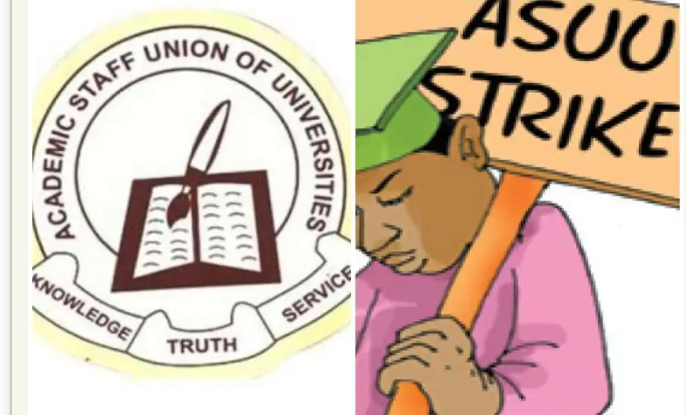 The University of Lagos (UNILAG) is leading other public tertiary institutions in the number of lecturers resigning from their positions as a result of the federal government’s handling of the Academic Staff Union of Universities (ASUU) strike.

Dele Ashiru, the ASUU chapter chairman at UNILAG, recently revealed in an Arise Television interview that roughly 70% of the institution’s best lecturers have resigned.

In his speech, Ashiru emphasized that the federal government’s attitude toward university professors is disrespectful and insensitive.

“The impact of the government’s insensitivity and deployment of the weapon of hunger might not be immediately known until after the strike. As I speak with you, more than 70percent of bright and promising young academics retained by the university through mentorship have all left the country for greener pastures due to the poor conditions of service in Nigeria.

“Those that are left are on the verge of leaving. No government in the history of Nigeria has been so insensitive, brash, and disrespectful of the best brains in the country. This is unfortunate and a shame,’’ he said.

The Obafemi Awolowo University (OAU) Ile-Ife is also affected by this heinous development.

According to Adeola Egbedokun, the ASUU chapter chairman at OAU, lecturers at the university have begun to resign and relocate abroad in search of greener pastures.
However, he was unable to provide an accurate number of lecturers who had resigned from their positions at the institution.

Similarly, Oluyinka Awopetu, the ASUU chairman at the Federal University of Technology, Akure (FUTA)-Ondo State, revealed that a large number of lecturers are resigning and relocating abroad in search of a better life.

“There, of course, are lecturers that are traveling out of the country in pursuance of further qualifications.”

“It is impossible to say they abandoned the profession authoritatively. Others sought ways of coping in this difficult and trying time as well. One may not be able to say if they are coming back or not! If you were in their shoes and you find a better opportunity, what will you do please?” he asked.

Recalled that Emmanuel Osodeke, the president of ASUU had lamented the mass resignation of lecturers in most public universities due to the federal government approach of ‘no work, no pay’ which the union members considered insensitive.

“So many lecturers are leaving to engage in farming and others; lecturers are tired of the treatment they’re receiving from the government and because of this, they are looking for alternatives. So many more will leave even after the strike too.

“I pity the country; Nigeria will be the loser for it. Instead of coming to the table; look at how they will solve the issue, rather, they believe in punishing lecturers. It’s so sad. Your lecturers went on strike, you believe they will become hungry and come back to beg. Many lecturers will also leave to venture into other areas; some are also looking at becoming self-employed,” Osodeke said.

On February 14, ASUU began a 30-day warning strike to give the federal government the opportunity to address its demands, which the government did not do, and the strike is still ongoing after about 195 days with no clear direction of what comes next.

Do you find 9jadailyfeeds useful? Click here to give us five stars rating!
Tags: Asuu Unilag