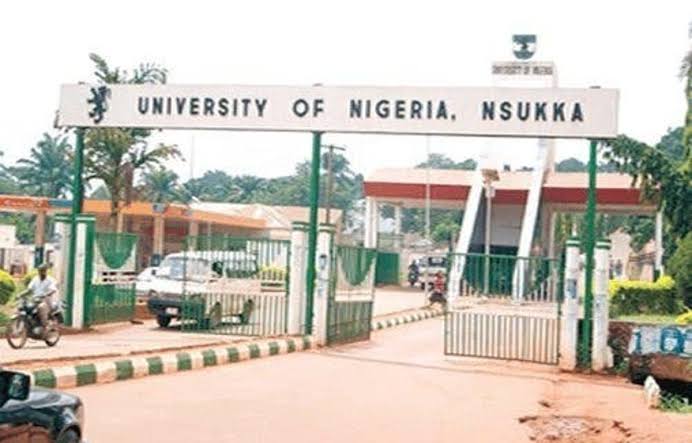 The President of the Student’s Union Government of the University of Nigeria Nsukka- UNN, Ani Stephen, has released 26 Chronicles on how the Dean of Students Affairs, Prof. Edwin Ogechukwu Omeje, made his tenure distressful.

The SUG President explained why he was unable to reach some of his aspirations as the Student’s Leader of UNN, while under the auspices of the Dean.

The President complained of the rigor and threats he was faced with while serving under the UNN Student’s Affairs Dean.

The memo addressed mainly to the Dean and also to the entire students of UNN, was titled “Chronicles Of Your Distressful Activities As Dean Of Students Affairs (March 2020-November 2021).”

Comrade Ani Stephen, the SUG President, noted that he had witnessed and been victimized by the ill practices of the Dean. He expressed that he was disappointed and regrettably write his statement.

See photos of the full story: 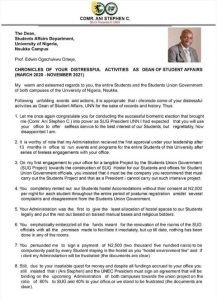 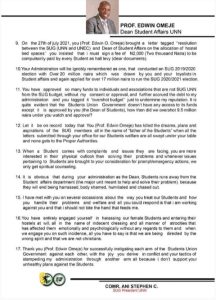 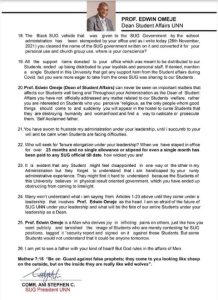 Do you find 9jadailyfeeds useful? Click here to give us five stars rating!
Tags: University of Nigeria Nsukka