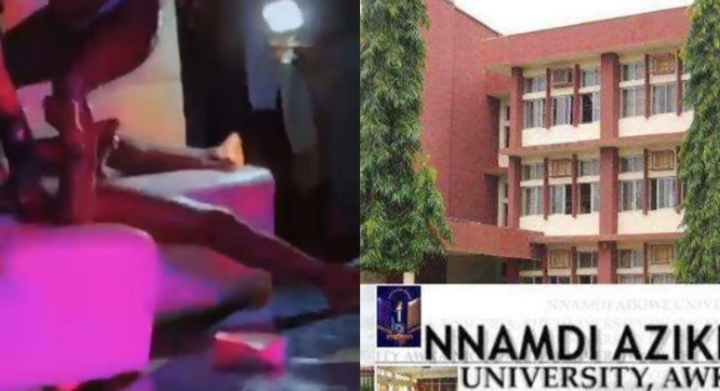 A video of a sex party allegedly held in a hotel in Ifite Awka, Anambra State, by people alleged to be students has gone viral on social media.

The said Unizik students are seen in the video getting down in full view of everyone who was present at the venue.

The video also shows several male and female partners kissing each other. According to reports, the video was shot in a hotel close to the institution.

A Twitter user @itz_daddyjoe who shared the video online, wrote;

“It is very unfortunate that the school environment which most of us graduated from is turning into something else. I bet that’s why I couldn’t live in Ifite Awka during my University days. A sex party at Wintess Garden hotel Ifite Unizik is condemnable.

The university has also released a disclaimer, stating that the student of Nnamdi Azikiwe University and the university has nothing to do with what happened on the 3rd of September at wintess garden, stressing that it is not a student program. 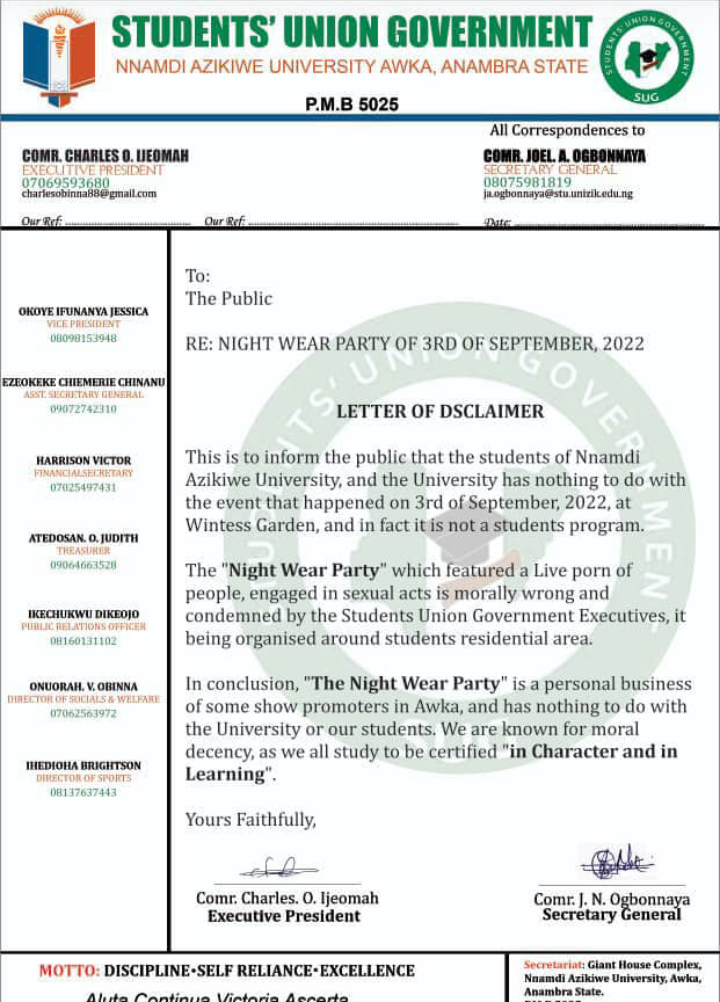 Also the management of the wintess garden hotel has come out to debunk the event, stating that no such immoral act happened on their hotel. 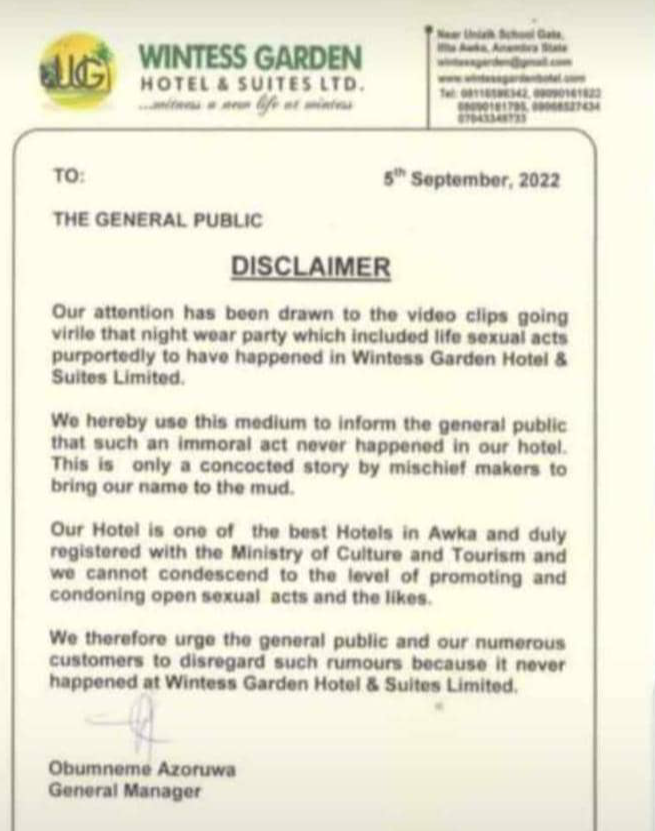 Do you find 9jadailyfeeds useful? Click here to give us five stars rating!
Tags: Anambra Unizik