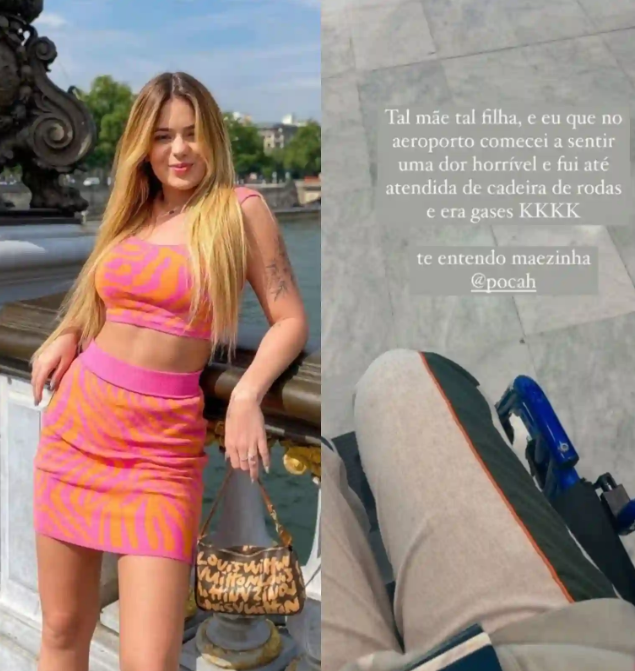 A woman was placed in a wheelchair after holding in farts in front of her boyfriend.

Vitoria De Felice Moraes, the influencer, posted a photo of herself being pushed through an airport in a wheelchair. 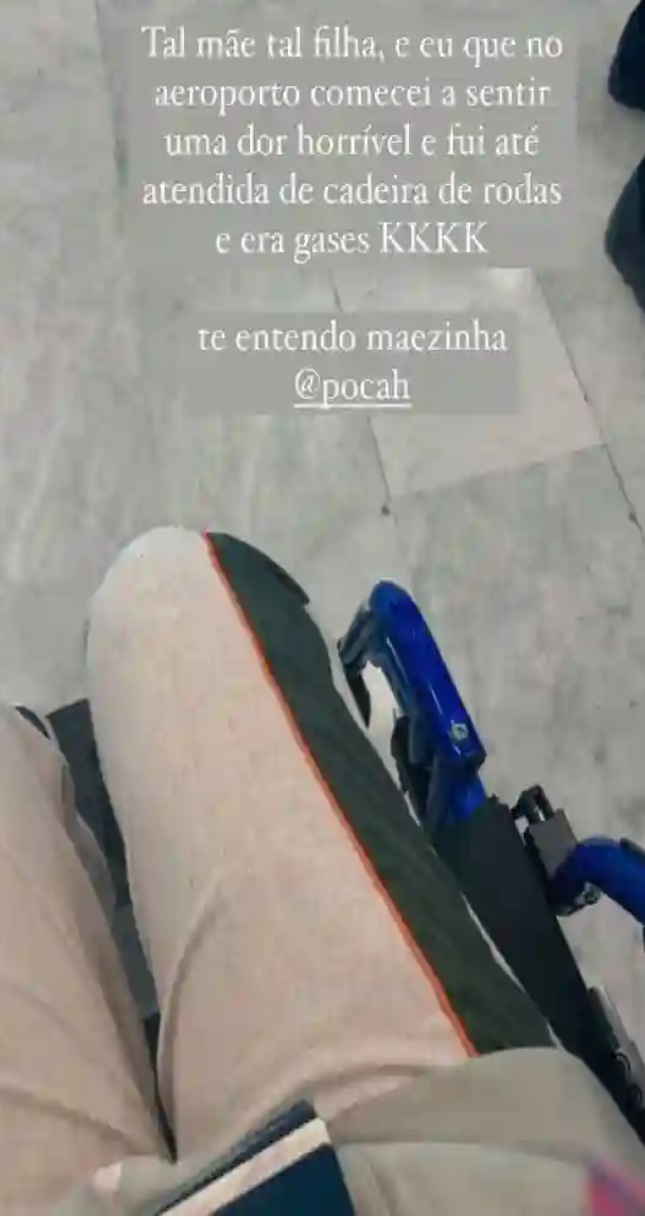 Viih was in Portugal with her reality-star boyfriend Eliezer for the Rock in Rio Lisboa 2022 music festival when she revealed she’d been suffering from agonizing abdominal pain.

The 21-year-old online sensation, known as Viih Tube, later revealed to her followers that her “unbearable pain” was caused by trapped wind.

Brazilian Viih shared her story on social media, mentioning Pocah, a Brazilian singer who made headlines earlier this year after being hospitalized for holding a fart.

Viih wrote: “Like mother, like daughter. And I, at the airport, started to feel unbearable pain and I was even put in a wheelchair and it turned out to be gas.

“I understand you, mummy Pocah.”

Pocha replied, writing: “Get well, my daughter. Farting is serious!”