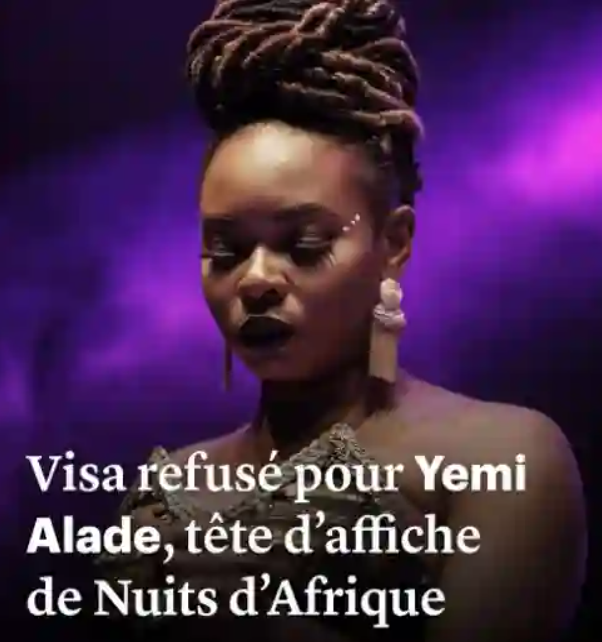 Yemi Alade, a Nigerian singer, has been denied a visa to perform in Canada due to concerns that she will not leave the country.

According to Le Devoir, a Canadian French-language newspaper, the singer will no longer perform at a festival’s final closing concert on Sunday, July 14 due to visa denial.

Yemi was one of the headliners for the International Nuits d’Afrique Festival.

In response to the news, festival co-founder Suzanne Rousseau stated that the visa denial was due to “financial reasons, as well as fears that the group would not leave Canada.”

Rousseau also complained that obtaining a visitor’s visa has been difficult for “at least five years.”

She added: “Finally, we got an answer saying the musicians were refused, saying they have to guarantee that they have enough financial means that will make them go back to their country.”