A Nigerian Couple identified as Akinro Blessing Ojay and Mary Igwe has been found dead in their toilet at their apartment in Akure.

The couple was reported missing after some concerned persons and loved ones in their community, noticed their undue absence for some days. A missing person report was filed at the police station which led to the breaking in of the security operatives into the house, only to find the couple locked up in their toilet.

Akinro was last seen on WhatsApp at 11 pm on Sunday, November 21 while his last Facebook post was on November 13.

The late couple who were expressive of their love for each other, and made Public Displays of Affection through their social media handles, were reported to have been found dead on Tuesday, Nov 23, 2021.

Their bodies were alleged to have shown signs of battery and murder, but have now been deposited in the morgue. 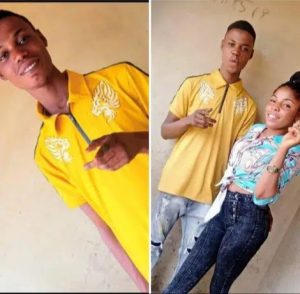