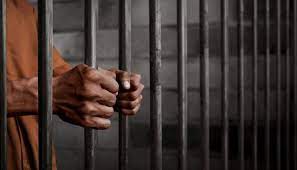 The Oyo state medium custodial facility at Abolongo, has come under attack by unknown gunmen at about 9:50pm, yesterday Friday 22nd October, 2021.

These gunmen were said to have pulled down the gate with heavy explosives thus, gaining entry into the facility.
Their superior fire power put the corrections officers in a helpless position.
Backup reinforcement were called in promptly and it has been gathered that a soldier and an Amotekun operative was shot dead at the scene. No solid proofs yet to confirm these reports though.

A couple of awaiting inmates were released, reason(s) for this attack hasn’t been known yet as investigations are still ongoing.

Mr Lanre Anjorin, spokesperson for the Correctional Centre has said that the incident actually took place and that security agents and senior correctional officers are already on ground accessing the level of damage and investigating the situation.
He couldn’t immediately confirm the figures of escaped inmates and number of casualties but he added that a couple of escaped prisoners have been recaptured.

The commandant of Amotekun, Olayinka Olayanju was contacted but he seemed to have stated that no Amotekun operative was gunned down but he confirmed the veracity of the break in.

Some of the individuals living around spoke in anonymity stating that they thought it was an armed robbery operation and a serious one at that, as the sounds they heard were extremely heavy.